Parent-child relationships focuses on taking physical dependencies into account during outages, where host dependencies focus in on taking logical dependencies into account during outages. Parent-child relationships may only be defined for hosts. Parent hosts are typically routers, switches, firewalls, etc. that lie between the monitoring host and a remote host . A router, switch, etc. which is closest to the remote host is considered to be that host's parent. If this host is on the same network segment as the host doing the monitoring (without any intermediate routers, etc.) the host is considered to be on the local network and will not have a parent host . 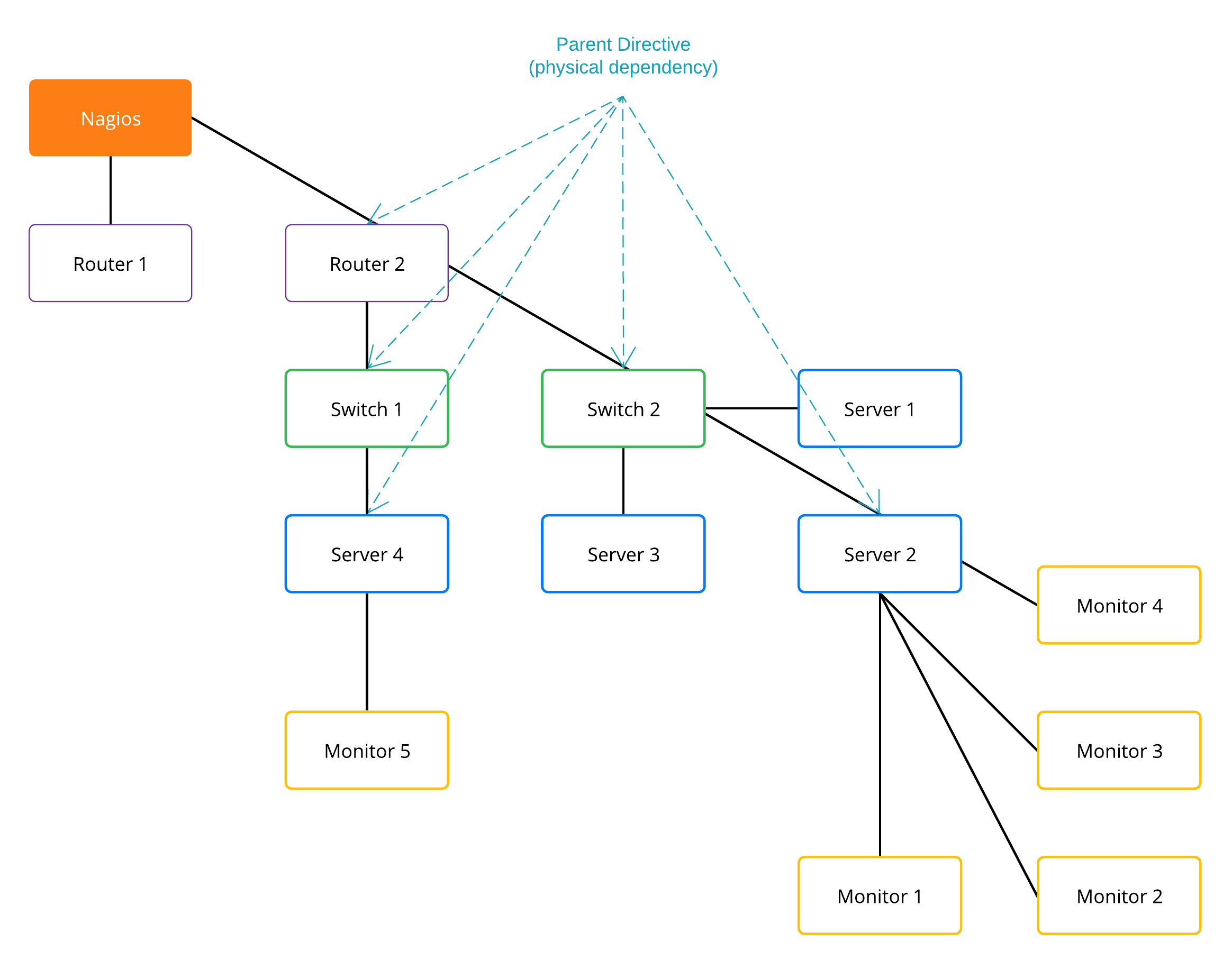